Welcome to my page!

My name is Miss Rebekah Rogers and this is my 6th year teaching full time at SHC High School! Before I officially moved into my classroom permanently I was a substitute teacher here for 3 years and during that time I realized how much I loved this district and the people in it.

I graduated from Tussey Mountain High School in 2008 and still live in Saxton which has caused a wonderful rivalry when I go to sporting events I must say!  I graduated from Saint Francis University in 2012 with a B.A. in Secondary Education with a concentration in History and a minor in Political Science. I also just graduated from Penn State with my Master's Degree in Curriculum and Instruction this May! I currently hold my Citizenship Education Certification (grades 7-12).

I like to keep myself busy so here at SHC you can find me as the current Prom Committee and Student Council Advisor, so feel free to visit those pages as well! I am also the high school's PBIS Coach which will have new and exciting things coming for you soon with that!

I am currently teaching World History and American Government and am so excited to start a new year and can't wait to see what is in store for all of us!

Feel free to email me with any questions you may have!

You may have noticed that the internet is terrible at religious discourse. Well, this is not a new phenomenon. In the early 16th century, the Roman Catholic church dominated Christianity in Europe, and the institution was starting to show some cracks. Tensions mounted and protests grew, and eventually, the Protestant Reformation happened. Martin Luther nailed his 95 Theses to the church door in Wittenberg, but the Reformation doesn't exactly begin with Luther, and it certainly doesn't end with him. Today, we're looking at how and why the Catholic church in Europe split, first into two sects, and eventually into a LOT of sects.

The thing about European History is that it tends to leak out of Europe. Europeans haven't been great at staying put in Europe. As human beings do, the people of Europe were very busy traveling around to trade, to spread religion, and in a lot of cases to try and conquer other people. In the 15th and 16th centuries, Europeans developed a bunch of tools and techniques that would allow them to travel around the world, in numbers and force heretofore unseen on the planet. And a lot of the results weren't great for the people who already lived in the places Europeans were "visiting."

In which John Green teaches you about the beginning of the so-called Age of Discovery. You've probably heard of Christopher Columbus, who "discovered" America in 1492, but what about Vasco da Gama? How about Zheng He? Columbus gets a bad rap from many modern historians, but it turns out he was pretty important as far as the history of the world goes. That said, he wasn't the only pioneer plying the seas in the 1400s. In Portugal, Vasco da Gama was busy integrating Europe into the Indian Ocean Trade by sailing around Africa. Chinese admiral Zheng He was also traveling far and wide in the largest wooden ships ever built. Columbus, whether portrayed as hero or villain, is usually credited as the great sailor of the 15th century, but he definitely wasn't the only contender. What better way to settle this question than with a knock-down, drag-out, no holds barred, old-fashioned battle royal? We were going to make it a cage match, but welding is EXPENSIVE.

The European Renaissance may have started in Florence, but it pretty quickly moved out of Italy and spread the art, architecture, literature, and humanism across Europe to places like France, Spain, England, and the Low Countries. 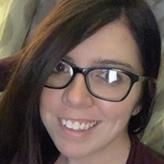